This week I have tried to raise my game to prepare for the ‘Beast run’ at the end of August. I have not run much since June but felt I had a reasonable base through cycling, I just need to get miles on my feet. I have managed to get out several times with runs around town 2 x5miles and a 16 mile cycle ride followed on Thursday with a 10 mile off road run over the Quantocks.

I was up very early and in the Lydeard Hill car park by 6:20 am! Needless to say I was the only one there. The weather forecast was for heavy showers later so made sure I went prepared with coat hat etc. I wore 3/4 and a long sleeve, I was pleased as a sharp wind cut across the hill. I had planned to use my HRM as a guide to my effort but! 6:31 am I was off!

I started a steady jog, round Lydeard hill, noticing my HRM wasn’t working, think the battery needed changing, so no HRM. I felt good on the run up Wills Neck, at the summit a look across showed a very grey sky with signs of showers falling out of them, but still dry across the Quantocks. I continued on along the ridge, small groups of ponies giving me a look as I went past, the look said ‘what an idiot being out at this time in the morning’ underfoot was quite dry, patches of mud, which I managed to avoid. The pull up to Deadwomans ditch was enjoyable, making sure I kept the pace down, it seemed to keep between 10 and 11 minutes per mile, not fast but the object of the run was to get miles in my legs. Across the top of the Quantocks along the roller coaster track to Halsway Post, the heather was in full blue and put a purple sheen across the hill, HP was my turning point for home at 5miles. Still felt ok, drinking my Iso drink and three marzipan marbles. The rain still held off and infact was getting warmer, and brighter. As I approached Triscombe I twisted my ankle which gave my a sharp pain and I had to hobble for a short time, I hope it’s not an injury that will return. Back to Wills Neck and have not seen anyone this morning. The run up WN was steady, before dropping down for my last stretch around Lydeard Hill, where I met the first dog walkers of the day, who kindly put the dog on a lead as I went past. Back at the car I was surprised I had done exactly 10 mile, felt ok, and did some stretching before changing into a dry tee shirt, sweat not rain! Infact it was sun shining at the car park. I had brought a flask so was able to celebrate with a mug of coffee and piece of Flap Jack. My time wasn’t great at 1 hr 54 mins, but I had done 10 miles, the race is 13miles so have a little more confidence now.

Weather forecast was ‘not too bad’ for Friday, but as we drove down to Darts Farm at Topsham, rain spots appeared on the windscreen! Even though there was broken cloud and the promise of a little sunshine.

We had decided to take the folding bikes down to Topsham and cycle the Exe Estuary trail down to Exmouth, a pleasant 6 mile trail following the estuary and the railway line. It was well surfaced throughout and only a couple of very small inclines on the trail. Views across the estuary were stunning with Starcross, and beyond.

We parked the van at Darts farm which was convenient, lots of space and free, with the option to buy food/coffee if needed. Today we had brought a flask of coffee and a picnic, so toilets were the only bit we were able to take advantage of.

The clouds kept coming and going, hot one minute and chilly the next, we made good time even though we stopped to admire the views and also for a coffee break on a convenient seat. The path was quite busy with a variety of cyclist and walkers, lycra clad top end bikes and bottom end hire bikes, lots of pushchairs and also dogs on the leads that extend!!!! passing the commando camp with all the training areas quiet, but intimidating with the climbing nets, balance walls etc. 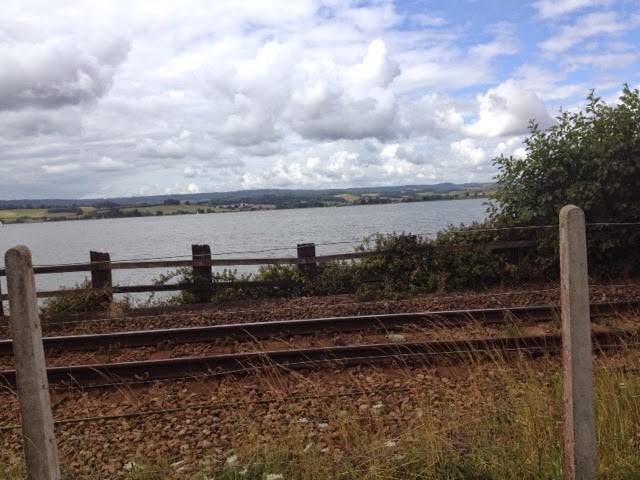 Views on the trail 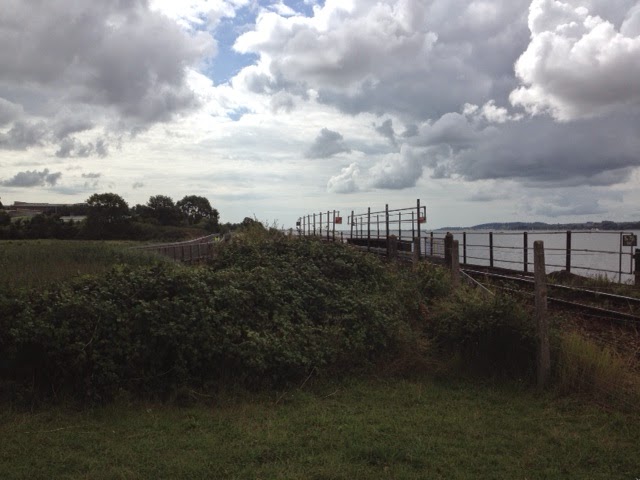 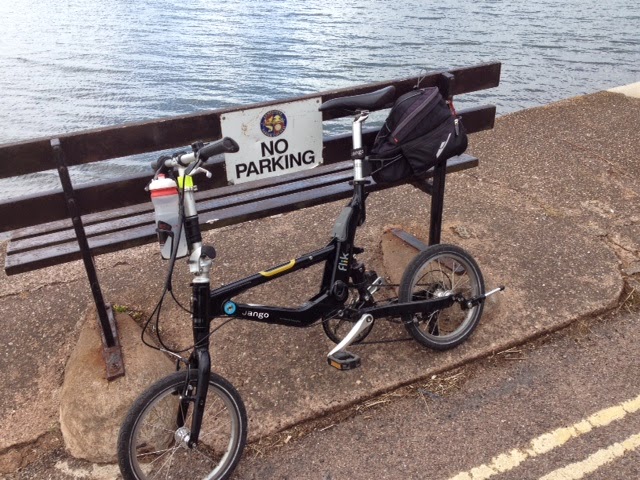 My bike at coffee time 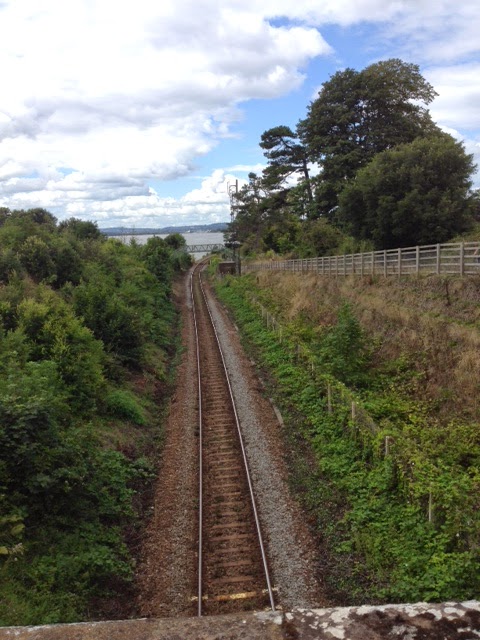 The 6 miles to Exmouth soon passed and we made our way to the other side of the harbour to escape from the wind blowing down the estuary. We had a pleasant picnic in the sunshine, people watching all the tourists.

It was soon time to saddle up and head back, this time a bit of a head wind. Several stops  soon had us back at Darts Farm – we didn’t even have tea on the way as there was a distinct lack of Tea shacks, The village of Lympstone  was very pretty with a pub and a café that had a sign saying do not park bikes against the flowers the pub was full of cyclists and the café wasn’t
A very pleasant ride and I would recommend it, it can be extended to Budleigh Salterton by a few miles. A good day out, with good weather most of the time, no rain and 12 miles covered.
The websites below give more information

Saturday 16th August
After a morning paying into the Sainsburys appreciation fund I managed a 32 mile cycle ride over North Curry, a very windy day with a head wind on the way home – at least I still managed over 15 mph average speed.

So this week I have managed 20 miles running, and 62 miles cycling, at least I got a longer run. 2 more next week should prepare me well for two weeks time and the ‘Beast’
Tomorrow [Sunday] is a day out with our grand daughter! In .