My statistics so far for the year from January 1st are Running 1251 miles whereas cycling I have only done 1307 in the last twelve months and 1201 since January!! so cycling very much on the back burner at the moment. I have lost my motivation to cycle for several reasons

1. the weather has not been great when I have had the opportunity to cycle [no excuse]

2. The Covid virus has meant I am very wary of visiting cafes etc and sharing space/ cutlery/cups etc  with others.

3. But! the main reason is I dont have anyone to cycle with locally any more, my regular buddys of last year etc, one had a nasty accident on his bike and not recovered fully and the other is on a mission to average 16-17 mph every time he goes out so is not interetsed in joining a slow 14 mph cyclist like me! Covid has also stopped me looking locally to start up a cycling group as it it would be unwise in the current situation to encourage what might be larger group to cycle with, I am also worried that whoever turns up might be a lot faster or slower than my intentions, or may not have the same commitment.I could drive with my bike to meet old friends, but this is where my Lazy side kicks in!!! I am very annoyed with myself for feeling this way!

I appreciate that not of these are valid excuses if I really wanted to do it!!!! Running seems to have taken over my life at present. The weekly club run on Tuesday evenings becoming the highlight of the week when I am Run Leader to a group of slow paced runners, each week I try to find a different , interesting route for them to do, the pace is only 11:30 ish a mile and we only do 4 miles but it is a very sociable group so good fun.

I have managed to get out for two lovely runs on the Quantocks when we were lucky with the weather, both starting from Dead Womans Ditch and about 9 miles in length 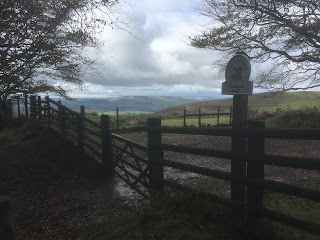 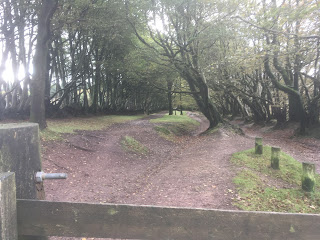 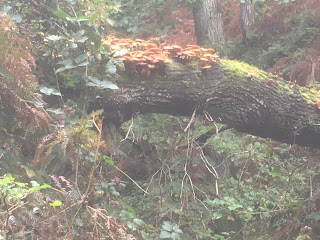 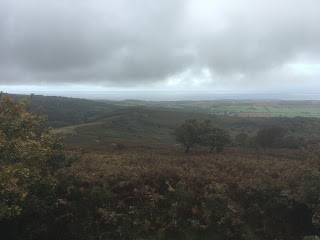 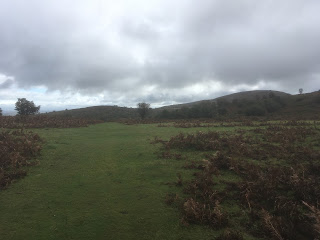 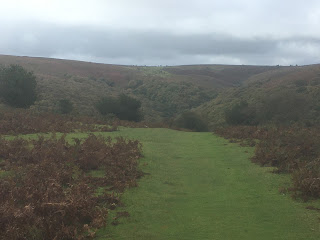 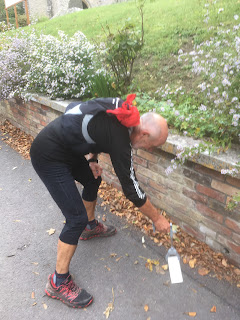 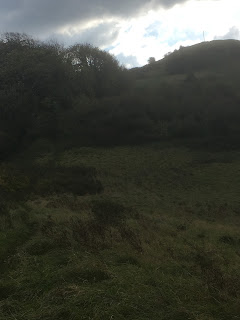 Brent Knoll from half way up.

I did manage to do some 'Plogging' or litter picking ! on one of the trips!! but was lucky as Brent Knoll hill itself  was relatively litter free!

Another favorite run  has to be the Huntspill run, whilst nearly flat as it follows round the coast to the outflow of the Huntspill into the River Parret it does give a remote feeling and after leaving the Apex Park and crossing the River Brue is mainly off road with lovely views across to the Quantocks and Steart island, its usually very quit with few people about, the cows tend not to bother you and the sheep hurry out of your way when you approach 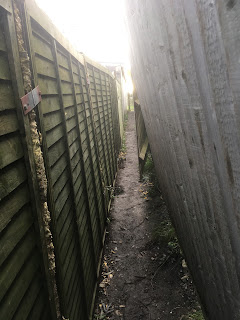 Fence issue reported to Sedgemoor Council who are now repairing it!! so worth reporting 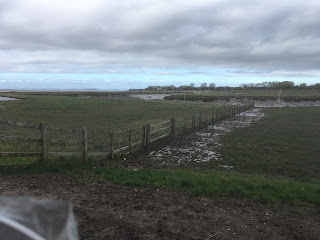 Banks of the River Parrett 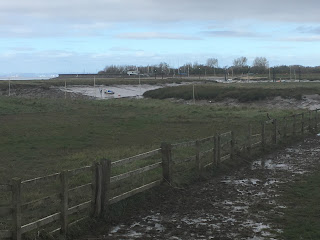 Looking back at the Sailing club at Burnham on Sea 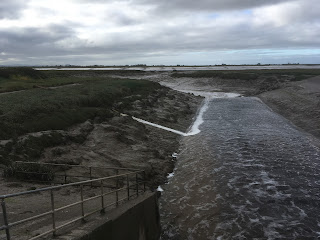 Out flow at the Huntspill Clyce into the River Parrett

Its a pleasantt 6 or 9 mile run depending how you feel and also on which direction the wind is blowing!!

So far in October I have managed to run 128 miles, which is up on September and cycling only 96 miles but, at least one ride I did manage 62 miles when I met up with the ride leaders from my Manche to Med trip in 2017! I was able to guide them round the lanes from Cheddar to the coast and back to their campsite, a really enjoyable day out on the bike the furthest I have ridden in a long time, I seem now to only get out on my bike a couple of times a month which I find very frustrating  and annoyed with myself.

It was Mrs Bs 70th Birthday yesterday and mine in March so we are both starting to fell the age! especially with the rise in the Covid virus again, I am very frightened by the consequences unless the government do impose a lock down as it does seem out of control, at our age we are not sure about how we will be able to react if we do contract the virus, all we can do is protect ourselves, which means self isolating and not mixing with others, but, having a daughter in a school does highlight a particular issue that she could bring it home unaware she has done so. SO! it looks as though we are in for a winter of unknowns :-(