it just goes on and on and will get worse again before it gets better, I hope it does improve!!

The weeks are flying by , I cant believe its well over a month since I sat typing this blog!! trying to bring it up to date. But! one thing has not changed and seems to be never ending is this Covid Crap!!! it appears we are starting a second wave and cases are again rising, I have no doubt thanks to all the young people, socialising, protesting, having a meal out on the state, and seemingly unaware that they are spreading the virus, not wearing masks and generally not social distancing [ I have seen this often at first hand locally] as well as being invincible and!! not to mention taking it home to spread to  their grandparents, it does make me so angry to see the selfishness that this virus has generated, possibly far more than all the 'good' practice and help that has been given. Rant over...... all we can do is to keep ourselves safe, or try to, hence still not been anywhere, pub or cafe etc since March, I do venture into shops but with a purchase in mind and then get out fast, ensuring I gel my hands and wash them when I get home. What sad times we live in, then again we havent been subject to two world wars within twenty five years!!! so I should be grateful.

After all the above life carries on, the children are back at school, so the area is now only plagued by 'older' people in huge motor homes and caravans, looking at the size of some of the owners its a good job the caravans and motor homes are huge!!

We have been called on to help out with the grandchildren several times as the twins started school, but only for two hours a day for the first month. we did use the van to stay overnight at Cheltenham campsite, but we only needed to use the toilet, showering and washing at my sons house, I have to say though it was rather busy! and covid restrictions on the wash block reduced its capacity somewhat, for such a large number of vans. It was still nice to get out in the van and go into camping mode first time in nearly a year.

On to the more important matters of cycling and running, sadly my cycling is still suffering, from apathy due to no lack of cycling buddies, the weather, too hot, too windy or just plain lack of motivation. Running in the meantime, I seem to be increasingly doing more and more, whether its because I have people to meet up with or because I cant cycle so I will run I am not sure.

Anyway my stats for August saw me running 131 miles and cycling 118miles and I hit my running  1000 mile target on the 27th August a good 4 months earlier than last year, I have now decided to push on to 2020 km before the end of the year.

cycling I have only been doing local 30 -40 mile routes over relatively flat roads, height gain being in the region of a couple of hundred feet at the most over a 40 mile route, the road closures in the area are not helping, with Hinckley and new Internet being responsible in most cases although resurfacing is also being carried out. I do try to have my camera on my bike these days with so many idiots on the road, so if something does happen I will have proof!

Running I have been getting out 4 or 5 times a week, off road on the Quantocks and the mendips several times which was loveley, as well as the local hills of Brean Down and Brent Knoll. My longest run was the cycle path from Brean to Weston Super Mare, which is a lovely run and a short extension saw me running to the pier to make it upto 10 miles, this was a social run with the running club so an enjoyable morning out.

I have a new piece of kit that I am gettng used to using its a 5l Curber running vest from a new company called Harrier. Lots of pockets and will take a bladder and I did try this the other day and seemed very good, and it was only a 1 litre one so might save taking 2 x500ml bottles on the front. seems spacious in the back to take a waterproof etc. hopefully a good winter running pack ,at first it felt very high on my back but soon settled down with no bouncing about etc. love the pockets and some have zips on them as I am paranoid about things falling out of them. Harrierrunfree.co.uk   customer service seem excellent. raun in my new pack 3 times now and I like it better than my Montane Gecko!

Club runs are now restricted to 6 in a group again, and as a run leader I am only allowed 5 to run with me as are other run leaders, very difficult as many want to socialise!!! but are in different groups. all this makes it very difficult to meet up and catch up.

The weather continued last week and this to be fabulous, sunny and warm and even my recce run last night was very warm, I should have taken a drink!!

Think I have caught up once again ! 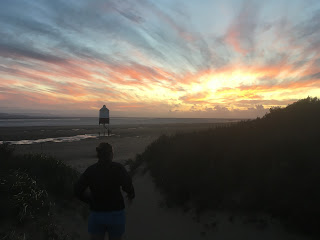 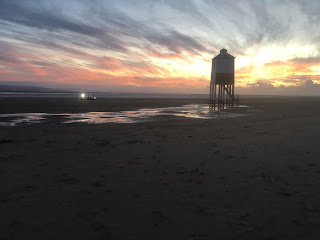 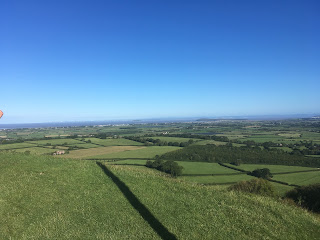 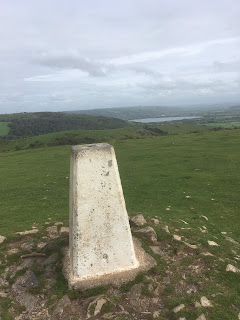 Wavering Down Trig point Cheddar reservoir  in the distance 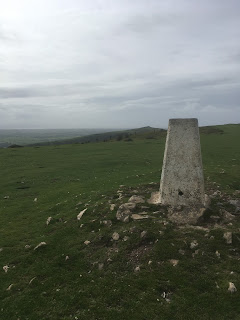 Wavering down before Crook Peak 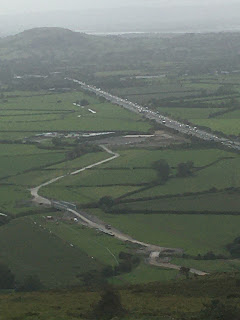 Viw of the new road for Hinckly replacing Pylons!! 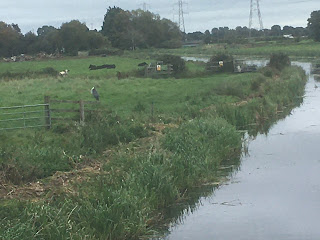 On the Huntspill river, Heron sat on the post 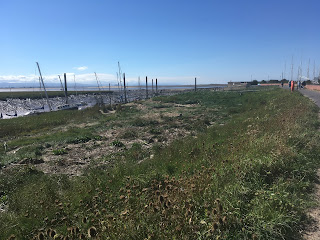 Yacht club on the Brue at Burnham on Sea 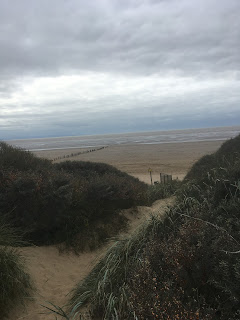 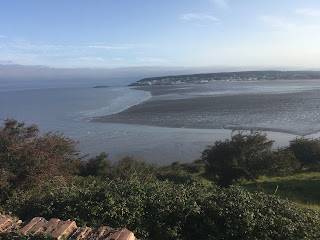 View from Brean Down towards Weston Super Mare 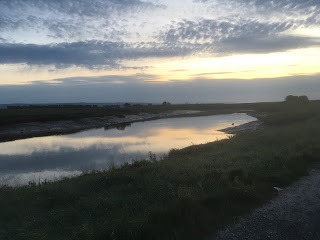 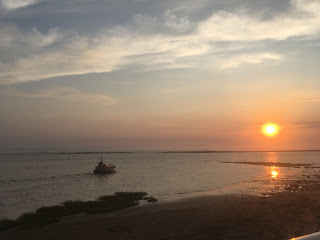 Pilot boat setting off from Burnham on Sea
Posted by IanB at 04:24